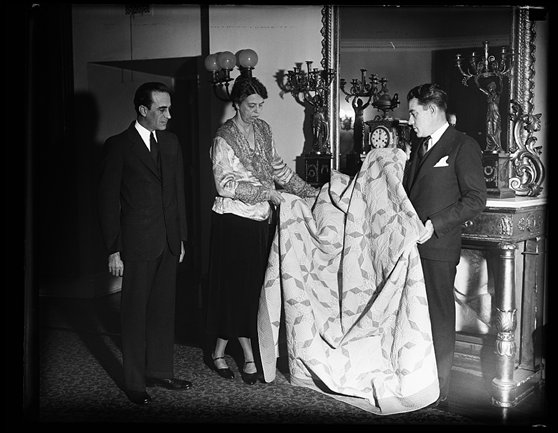 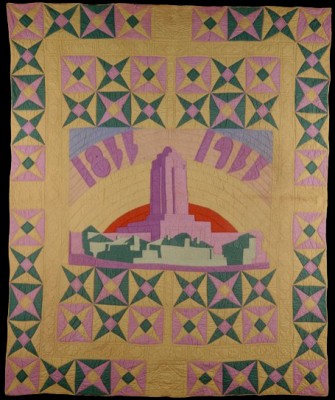 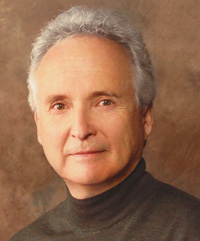 “Art quilts” and the issues they raise have been around a lot longer than most people think. 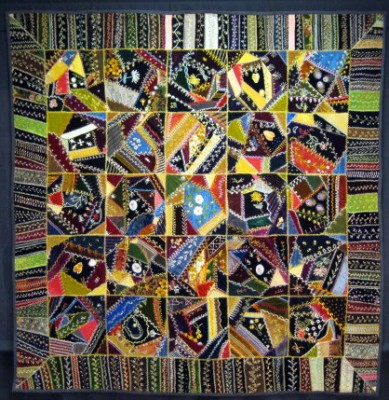 During the last half of the nineteenth century, the Industrial Revolution not only enabled a privileged few to acquire enormous fortunes, but also brought about a broader distribution of wealth to the American middle-class than ever before. With this new-found prosperity, many people built and furnished their homes in the latest of fashions. The Crazy quilt became a popular symbol of “having arrived.” No home was considered fashionable without one. Instead of being made as bedcovers, they adorned tables and upholstered furniture. The surface was highly decorated with embellishments through complex embroidery techniques, and even hand painted vignettes. That’s because the Crazy quilt was not made with the functional purpose as bedcovers, it’s no wonder it later became regarded as the first “art quilt.” 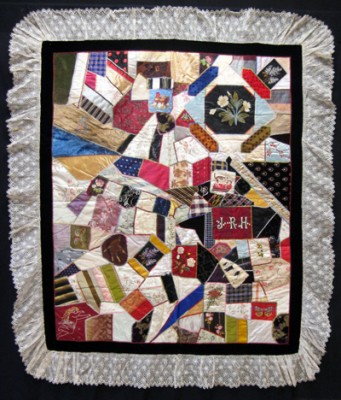 It’s important to note that they technically aren’t quilts because most aren’t quilted. In addition, they did not evolve from traditional quilts. In fact, very few skilled traditional quilt makers ever made them. Having perfected their needlework skills and ability to accurately piece and appliqué, they did not find the style, materials, techniques, and embellishments of Crazy quilts appealing. Instead, most Crazy quilts were made by women who possessed minimal quilt making skills but had the time and the money to focus on beautifying and decorating their homes in the latest fashion. (Quite often this was evidenced through excess and often vulgar displays of wealth and poor taste.) Whereas bedcovers tend to get worn out, Crazy quilts more often survived the test of time. This factor coupled with their serving only an aesthetic purpose increased their likelihood of being regarded as objects of art. 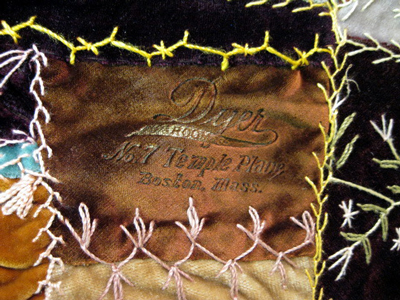 The surface of Crazy Quilts are highly decorated with embellishments through complex embroidery techniques. Detail of the Milliner – Hattie P. Dyer 1895 – Crazy Quilt

The controversy between art and utility has been ongoing. Because paintings serve no practical purpose and often are associated with art museums, there is a misconception that all paintings achieve art status. This in turn has led to another misconception – an object made for a practical and useful purpose is not art. Of course this premise is absurd because objects, regardless of purpose, are displayed in major art museums worldwide. Yet, even most quilts represented in museums were relegated to craft because of their association with their utilitarian purpose as bedcovers. Therefore, they generally were selected for their workmanship or historical significance and not because they were valued as works of art.

Unfortunately, this mindset has caused too many quilts to be evaluated exclusively by “The Two-Inch to Two-Foot Method,” which describes the distance from which they are scrutinized. Workmanship appears to have been the primary concern after which only its historical value was given consideration. I have often seen viewers with their noses practically touching a quilt saying, “Now this is art”

Whenever I see this occur I suggest, “Step away from the quilt and see that there’s far more to the quilt than only its technique.” This rarely occurs in art world, where most works of art undergo “The Twenty Paces Test.” Only after evaluating a work from this distance should the viewer go closer to examine technique. That’s why even utility quilts with less than masterpiece techniques can rise to “art” status. 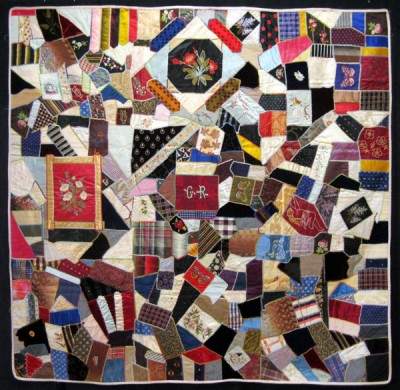 Like all other arts and crafts forms, the aesthetic value of an individual work is determined by the viewer. Aesthetic response is personal and depends upon the ability of the maker to connect with the viewer on some level. Often the connection is made by sharing or stimulating a common experience, exposing the viewer to a new point of view, or reaching aesthetic sensibilities. As viewers we have the luxury of determining whether or not a work is art. The aspirations of the maker are irrelevant and no amount of their wishing can make it so. It is how others respond to a work that makes it “art.”