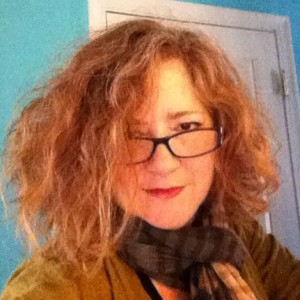 Lorie McCown will be speaking at the Fredericksburg Area Museum & Cultural Center, on Dec. 9th at 9 am in conjunction with the Quilt National 2013 exhibition.  The lecture is part of FAMCC’s breakfast with the curator’s series. Join the Fredericksburg Area Museum & Cultural Center (FAMCC) for coffee and a light breakfast during its Breakfast with the Curator series. 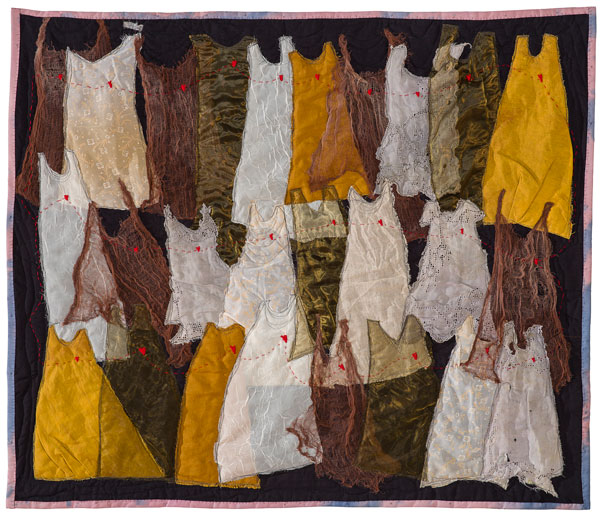 My Grandmother’s Dresses by Lorie McCown

This series is proudly sponsored by Lewis Insurance Associates. Lectures are FREE to the public, but limited space is available. RSVP to Anne Marie Paquette at 540-371-3037, ext. 400, or apaquette@famcc.org. For more information on additional programming information, please contact the Museum at 540-371-3037 or visit www.famcc.org. 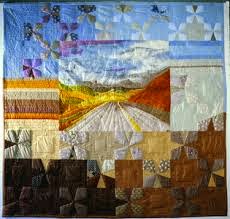 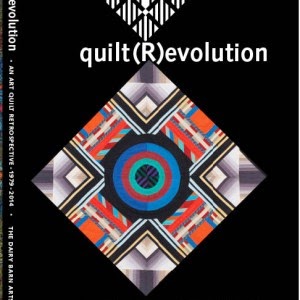 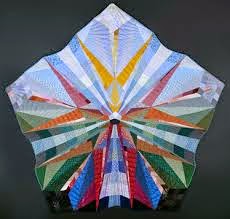 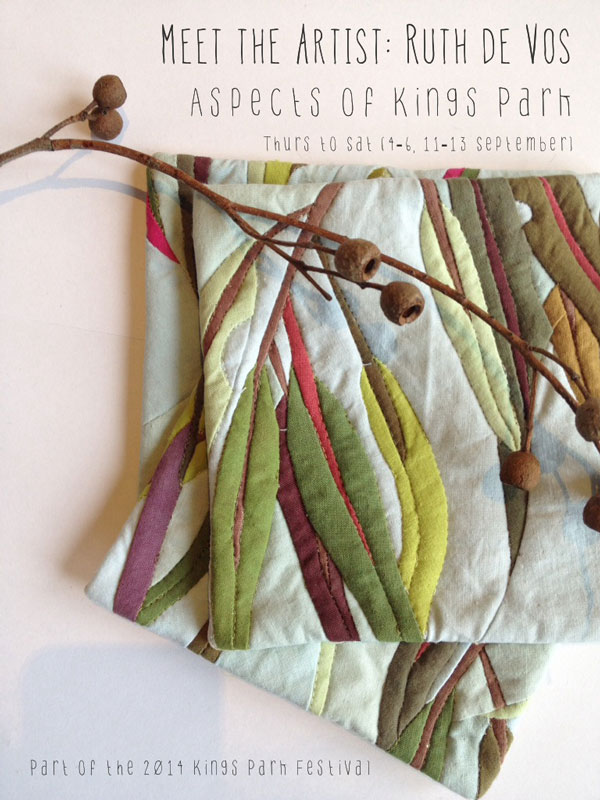 Ruth De Vos is showing a collection of her botanical textile art at the Aspects of Kings Park Festival (Perth, Western Australia) during the month of September. The Festival celebrates the wildflower season and is the perfect excuse for a day out in beautiful Kings Park. Pop in to Aspects, and then enjoy a coffee or lunch next door, after a leisurely walk through the beautiful parklands.
There are a number of larger artworks on display, as well as more than 40 smaller artworks.

De Vos will be in the gallery on Thursdays, Fridays and Saturdays for the next two weeks (4-6 Sept and 11-13 Sept), between 11am and 3pm, demonstrating the quilt making process.

De Vos was included in Quilt National 2009. To see more of her work go to ruthdevos.com or Online shop

Quilt National artist Brigitte Kopp received the Fine Art Quilt Masters 2014 award at the Festival of Quilts in Birmingham. The juried show is an international competition. The show strives to include the very finest examples of art quilts.

Her quilt, Gebärmütter, is part of a series of works, Perception of Women, focusing on the role of women in society and the choices they make. It includes a recycled cotton bed cloth, net, latex, ropes, painted whole cloth that is hand and machine quilted and embroidered.

There are different perceptions of women in our society depending on their tasks or the task people allocate to women. One is to have children…The German word for wombs? Gebärmütter – designates the organ as well as women, having more and more children. This piece focuses on the struggle women have making decisions about contraception and abortion.